We annouced v0.4: You can now send encrypted files 💾

On Monday we applied the last bit of polish to the way in which you send encrypted files using Fluidkeys. On Tuesday morning we hit the release button! 0.4 is out there! 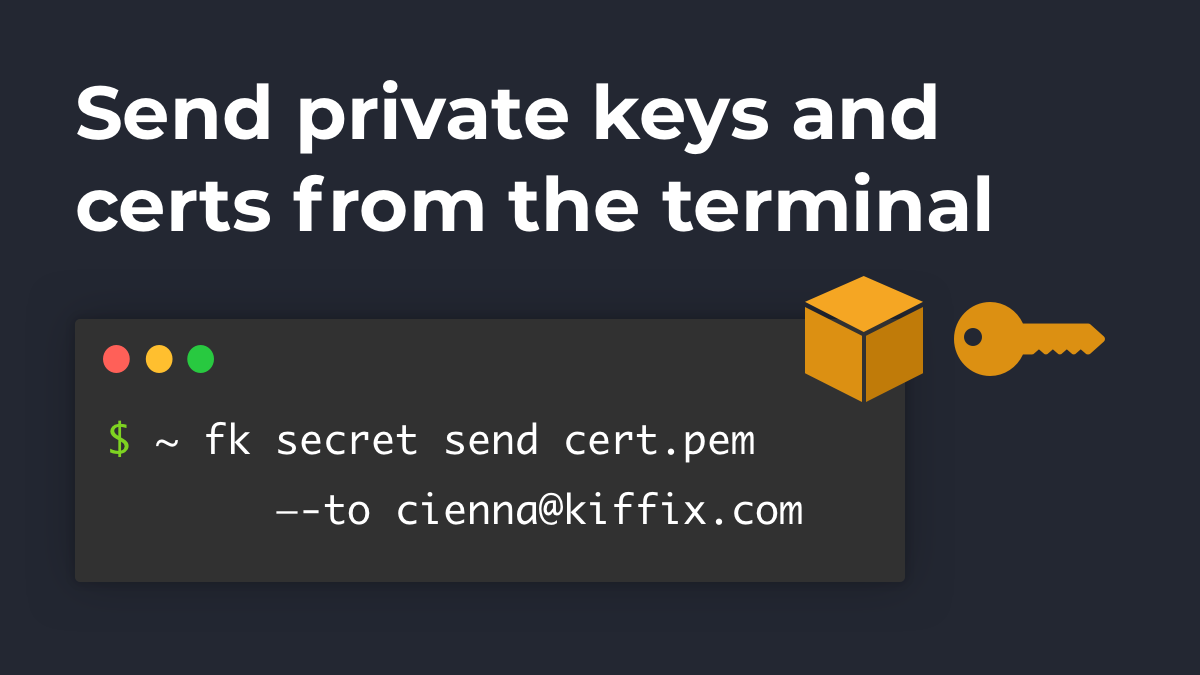 We announced it and once more posted it on Hackernews. Sadly, no one really took much notice again this time. It’s a shame, our post back in January hit the front page and resulted in a good 20 or so signups to the mailing list.

That said, we had been getting a steady 6-10 a day for the past week which was exciting… until we realised they were spam! 😔

I’m not entirely sure why bots are signing up legit email address to our release notes list (perhaps they hope we reply, or are opportunitistically looking for forums?) I was scratching my head trying to figure out why long haul truckers might be interested in PGP!

Moving from Google Sheets to Mailchimp 🐵

Anyway, it felt time to migrate our release notes off of a Google Form, where we weren’t filtering or validating submissions. We’ve opted for Mailchimp. It’s far from perfect, but at least we won’t have to think about it for a while.

Deciding what we need have the confidence to continue ⚖️

Yesterday, Paul and I took a walk together around Manchester in the glorious afternoon sunshine. It’s been 6 months, and so a little over half-way through our initial investment of time/money that last summer we agreed to put into working on ‘something’ together.

With revenue on the horizon we’re growing in confidence that there are teams out there that will pay for this product. The question now is whether there will be enough to sustain us to work on it full time, and how quickly we’ll be able to get to that point. We’re not looking to build a huge business, just one that allows us to work on this sustaiably. We decided that if we reach £500 a month in income from Fluidkeys by August, we’ll have confidence to continue working on it. That’s still a long way off being sustainable, and we figure we might have to explore how to plug this funding gap, but I think it’d be a great position to be in. Any less than £500, and I think we’ll be having a hard think about things.

It was good to talk about it, and it feels exciting to write it publically.