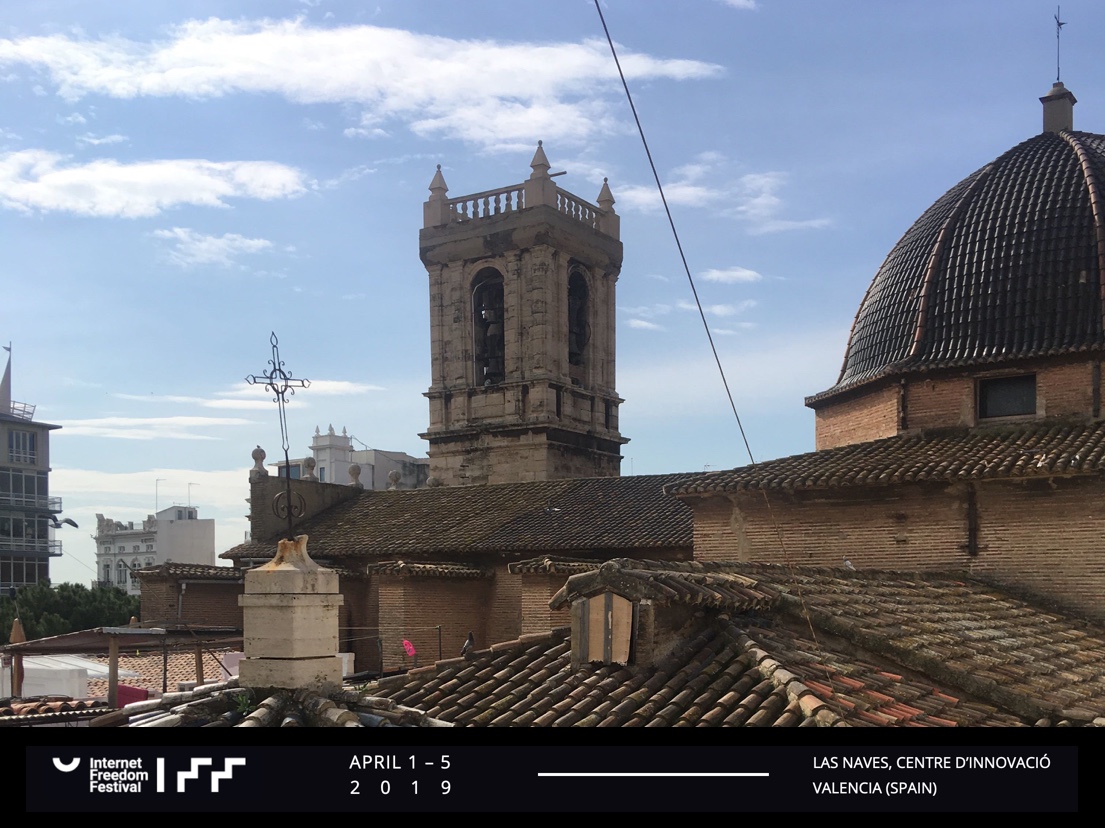 View from our sunny roof terrace. Not bad.

We’ve been at the Internet Freedom Festival

The IFF is like a shot in the arm for me. It’s a time to reconnect with friends from all over the globe, to work on emerging threats and problems, and to celebrate coming together as a community.

The Internet Freedom Festival is the only organization focused entirely in community development for the Internet Freedom field. We design programs and tools to bring together the eclectic plethora of activist groups, NGOs, governmental agencies, media organizations, large internet platforms, and many others who rely on each other to achieve the common goal of a free and open internet for all.

As always there have been a lot of interesting sessions. Things are changing so fast that each year it seems the whole landscape has moved.

Coming here is a great reminder that we’re right to care about privacy and security. In our privileged, safe little UK bubble I sometimes wonder if it’s only me that cares about this stuff. But coming here, I reconnect with the activists, journalists, human rights workers and others whose lives depend on technology respecting their privacy.

I believe our future depends on doing this right.

We built an iCal calendar for the festival

Back down to Earth, one of our contributions to this year’s festival was that we made an iCal feed of the sessions. There are multiple sessions per hour so navigating the program while at the venue can be difficult.

You can add an iCal feed to your own calendar, then see the events on your phone.

Perhaps next year we can hand it over to IFF so they can run it themselves.

We hosted the developer meetup

We had the first slot of the week to run an informal meetup for developers. We ran it like speed-dating: we paired people up around the room and gave them 1.5 minutes each to answer 2 questions. The energy in the room was amazing and we had some lovely feedback:

The pressure to be short made for great conversation

Nice questions to ask people. Thanks for offering.

Honestly, I’ve never been in a room of developers with so much energy and buzz, it was great!

We showed off Fluidkeys v1 at the Tools Showcase

Yesterday evening we showed off Fluidkeys to groups here. There aren’t many commercial development teams here, so we weren’t expecting an amazing reception. (The majority of PGP users in the IFF space are digital trainers and the people they train: they’re not people who use the terminal.)

That said, people totally understood why we’re taking a more focused approach, and they were very encouraging of what we’re doing. And even better, one NGO was excited and keen to use Fluidkeys right way. They’re a big team with a lot of technical chops. It’ll be brilliant to get them set up in the next few weeks.

Our goal for next week is to get in touch with everyone who set up a team since we released v1.