Week 36: The future, customers and funders 🔮

We’re back from the Internet Freedom Festival

After spending last week at the IFF, and the previous weeks to that all been focused on the v1 release, this week’s been a bit of a tough one. It’s taken time to get back into thinking about Fluidkeys and to start build up momentum again. It’s nice to see teams beginning to use it, but I’d be lying if I said the worry hasn’t crept in about whether what we’re building is useful, whether it actually works and how we’re going to reach people!

Do you know someone we should be speaking to about investment?

On Wednesday we had a chance to practice our pitch for funding. It’s a good reminder that there are many parts to building a successful enterprise: product, market, support, funding and that now is the right time to start talking to different funders (grants bodies, philanthropic individuals, foundations) about the future of our work. 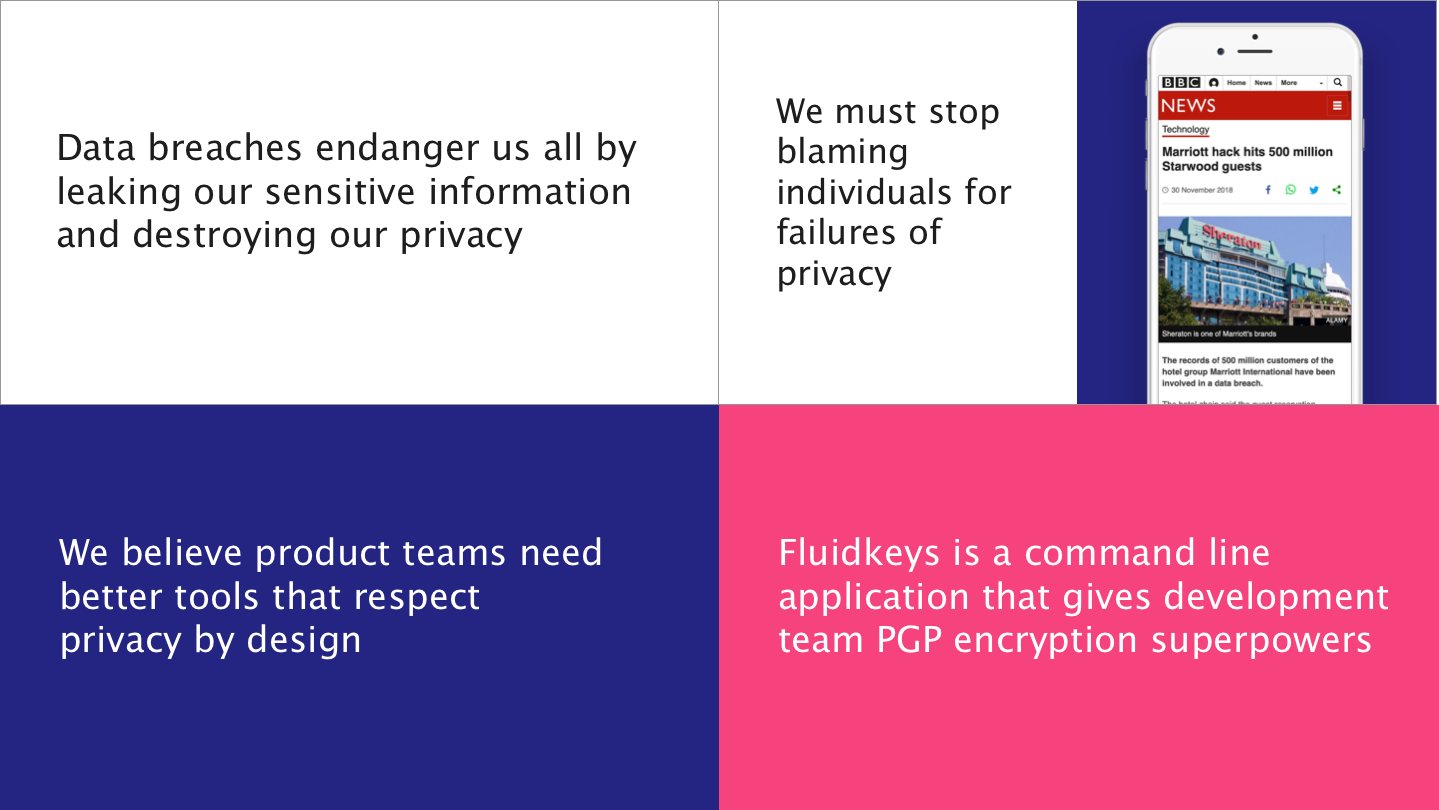 To date, we’ve invested £32,000 of our own cash, plus the same in kind. We’re starting to look for financial support now that will enable us to continue developing Fluidkeys for another year. In that year, we’d anticipate improving the security of around 200 teams, and that enough of those teams will pay a subscription for us to become financially stable.

Do you know anyone we should we speaking to? The sorts of people I think would be good are those funders looking to promote a fairer, more respectful Internet. The sort of funders focusing on digital rights, privacy and security. I’d love to hear from you if you do!

We’ve been speaking to the teams using Fluidkeys

I’m delighted to say that since launching the teams version we’ve now half a dozen teams using Fluidkeys. This week we contacted them all to learn more about where they heard of us and what they’re using Fluidkeys for. Most of them heard about Fluidkeys from our appearance on FLOSS Weekly. One person I spoke to this week suggested we might consider offering our server as an Amazon Machine Image, and make Fluidkeys available through the Amazon Marketplace. It’s an interesting idea. That way they wouldn’t have to worry about paying for Fluidkeys, it’d just get rolled into the company’s AWS subscription. They’d also then be able to host that machine image within their virtual infrastructure, which sounded preferable than trusting us. Interesting…

The dashboard is looking good! 📈

Lastly, we’ve spent Thursday and today starting to build a way to email the people who’ve started setting up Fluidkeys in the last couple of months. There’re over a hundred of them. We want to make sure they know they can now make a team, and how to do that. We’ve opted to built a simple way to write different emails that will trigger at different places depending on what the individuals done with Fluidkeys.

And that brings me nearly onto next week’s goal: automatically email people who’ve verified an email but aren’t in a team 🤖

That’s it for now. Have a great weekend.

/All/ feedback is welcome, pop us an email to hello@fluidkeys.com